I work long shifts in a factory in an industrial estate. During the time I am at work I sometimes think of my real self as being switched off. I knuckle down, my focus narrows, I apply myself to the job at hand. If I didn’t do this I fear I might spend the whole time sobbing.

It’s not that it’s a bad place to work. The conditions are very good and I consider myself lucky but being in a bright indoor place pounding with noise, working hard and staying focussed on a nuanced but repetitive job among metal moving parts can seem like an unending assault on all the fraying senses.

I take my breaks outside in my car and it is this that redeems me. For the most part I bury myself in one of the books I am reading, escaping into another world. At other times I am so drained that I sit and look out the window slack-jawed if not actually dribbling.

The other day in the scrub at the bonnet of my car a flash of red caught my eye. A Bullfinch and his lady were flitting about chirping to each other and disappearing occasionally into the ivy cover of a tree trunk. I don’t think I have ever seen a Bullfinch though they are common and I was captivated by the jet black of the males cap and the striking red of his breast deeper and more crimson than the Robins. 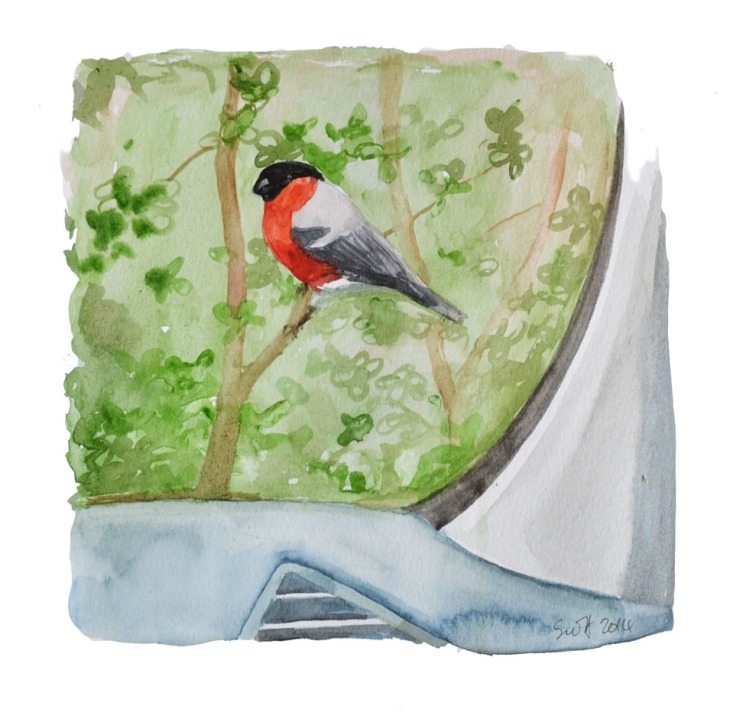 Above them a Blackbird bobbed, tail fanning out for balance while a portly Wood Pigeon bowed on a branch and another Pigeon, his intended victim I suppose, fled the cover of the trees to fly across the tarmac closely followed by the suitor. They passed over one of the local Magpies who often patrol the car park and a Hooded Crow that I could see marching around in my rear view mirror. The starlings criss-crossed the sky. It made me remember all the other welcome intrusions of nature that have captivated me in this unlikely place.

The building where I work is low and slightly sunken below the car park. There are two fish ponds at either of its main entrances which were, until recently at least, stocked with fish:orange and piebald and one which looked like it had its brain on the outside which tickled me. 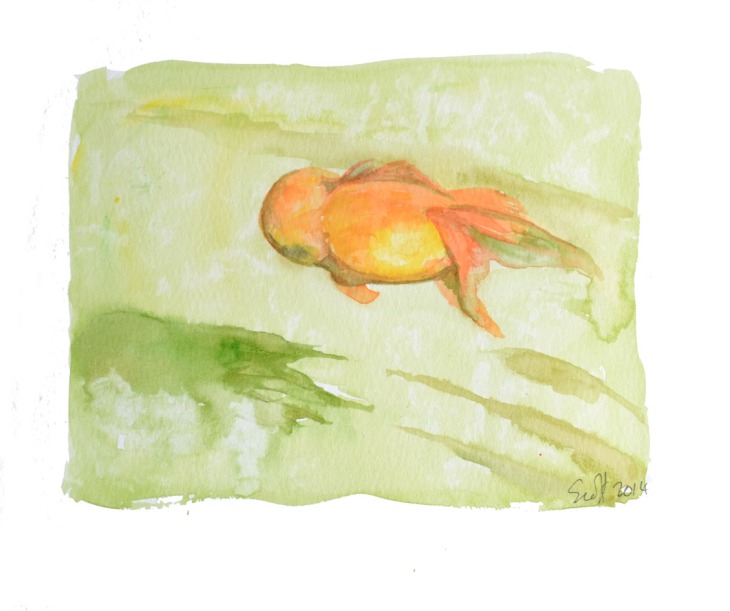 The fish attracted a Heron of course. I saw it on the roof once, its still silhouette tacked to the roof by its needle like legs, head in profile, beady eye pointed down. In recent times the fish seem to have finally disappeared along with the foliage that protected them.

There are Cherry Blossom trees, now blooming, and an Apple tree among the trees and shrubs planted on the trim grassy slope beside the steps between the building and the big car park which spreads out from the plant~there are three or four car parks in fact~and is edged with high hedges and saplings. Beyond the farthest kerb a scrub land stretches to the nearest road lined with its car dealerships and hotels.

Big bellied conifers, tall, frowning and dark, shimmy and shake in the wind over the road leading up to the car park. With a moody grey sky behind them they are imposing. If they sang~and I often imagine they are singing~ they would be baritones, those baddies of the operas, their song low and deep rumbling up from their roots as they elbow and jostle each other.

At certain times of year the car park is alive with birdsong the whole night through, the birds who nest in the trees and hedges being fooled by the lights into thinking the dawn is arriving. It sounds not unlike what a jungle must sound like. I imagine the birds exhausted and slumped in their nests by afternoon the next day feeling like they have just drunk a slab of Strongbow cider and wondering why the night seems so short.

A Fox roams here at night, trotting from one side of the car park to the other, stopping sometimes when he senses someone is watching, then resuming his unhurried journey past chrome bumpers that reflect the street lights and down concrete paths and trimmed grass and back into the night.

The day after I saw the Bullfinch a Rabbit hopped out of the hedge and began digging around a couple of feet from the car. Occasionally it paused to look about then after five minutes or so it lolloped slowly under the hedge and into the field beyond where cows grazing showed in rusty patches through the branches. 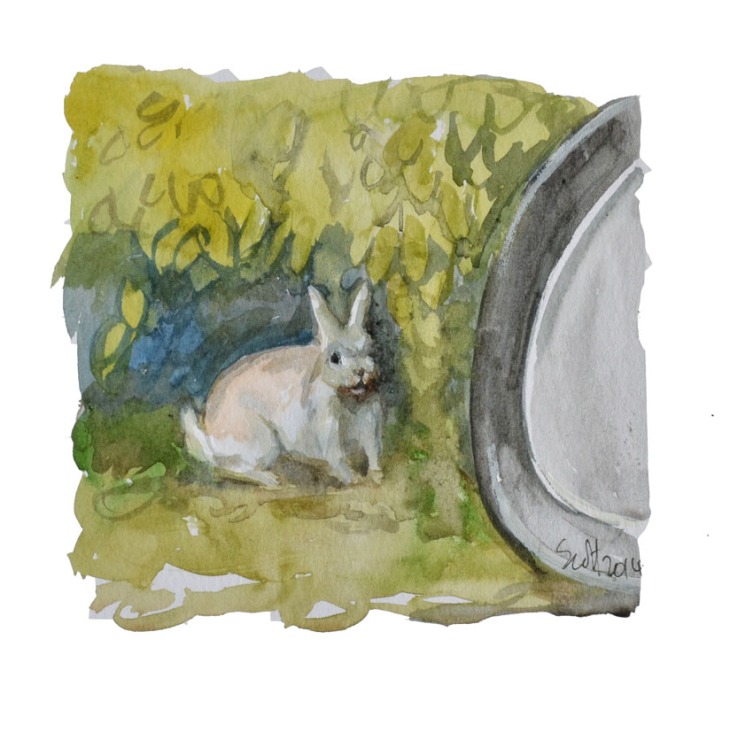 My colleagues teased me after my break for being so pleased to see a bunny and I felt a little silly. A Rabbit along with a Bullfinch, a romantic Pigeon, a Heron, a Fox, a Magpie, a Hooded Crow and some singing trees are little enough to be happy about but it reminds me of who I am, reminds me that I am alive and in the world.

Though I like the countryside and the cliffs and the sea I am quite captivated by the urban environment, by concrete and brick, by straight lines and right angles, by the contrast between organic and inorganic, by weed pushing up through the kerb stones, by the wildlife that pops up everywhere.

In the dark of the long night when the exhaustion is upon me, when life feels as if is being suffocated in stainless steel and noise and the smell of nothing at all, when I look out into the night speckled with the jewel-like street lamps reflected in the shivering drops on my windscreen the faint aroma of wet earth in my nostrils and see a silent silhouette pause in a pool of acid orange light nose to the breeze before slipping from the shining path back into the dark I can remember how big the world is and all the mystery that pours unceasingly from its hands and I can breathe again.